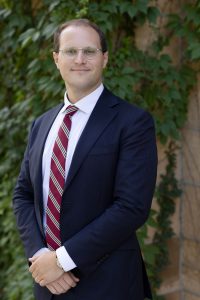 Adam Sopko is a Staff Attorney with the State Democracy Research Initiative at the University of Wisconsin Law School. Adam joined the Initiative following a clerkship with Chief Justice Stuart J. Rabner on the Supreme Court of New Jersey. He graduated from Northwestern Pritzker School of Law, where he served as Editor-in-Chief of the Northwestern University Law Review.

As a law student, Adam served as a student attorney in the MacArthur Justice Center’s Supreme Court and Appellate Program where he contributed to numerous briefs filed in state and federal appellate courts and argued before the U.S. Court of Appeals for the Ninth Circuit. He spent his law school summers at the Brennan Center for Justice and the ACLU’s Program on Freedom of Religion and Belief. His research has appeared or is forthcoming in the Michigan Law Review Online and Federal Courts Law Review, among other journals. Before law school, Adam worked as a communications consultant for a global consultancy.