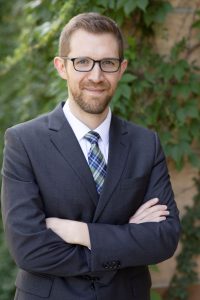 Derek is a Senior Staff Attorney with the State Democracy Research Initiative at the University of Wisconsin Law School.

Before joining the Initiative, Derek was a partner at the law firm of McTigue Colombo & Clinger in Columbus, Ohio, where his practice focused on federal, state, and local election laws, campaign finance, statewide and local ballot initiatives and referenda, voting rights, ballot access, and government transparency.

Derek received his bachelor’s degree in Middle East studies and political science and his law degree from the Ohio State University. While in law school, he was an intern with the ACLU Voting Rights Project and the Campaign Legal Center.

Before practicing law, Derek worked in the communications department of the Ohio Secretary of State’s office and also worked for several federal, state, and local political campaigns in Ohio.