Since 2000, courts around the country have adopted new state legislative maps more than 20 times after other actors (usually lawmakers) failed to redistrict following a decennial census.

Chart 1 and Table 1 compare the new Assembly and Senate maps adopted by the Wisconsin Supreme Court on April 15, 2022, to prior judicially imposed maps using four widely accepted partisan fairness metrics: partisan bias, efficiency gap, mean-median difference, and declination. A brief explanation those measures appears below. On every measure, Wisconsin’s new legislative maps reveal substantially higher levels of partisan inequity than the average court-adopted map.  In fact, the maps score about three to five times worse on all four measures.  This data is drawn from PlanScore, a project of the nonpartisan Campaign Legal Center. 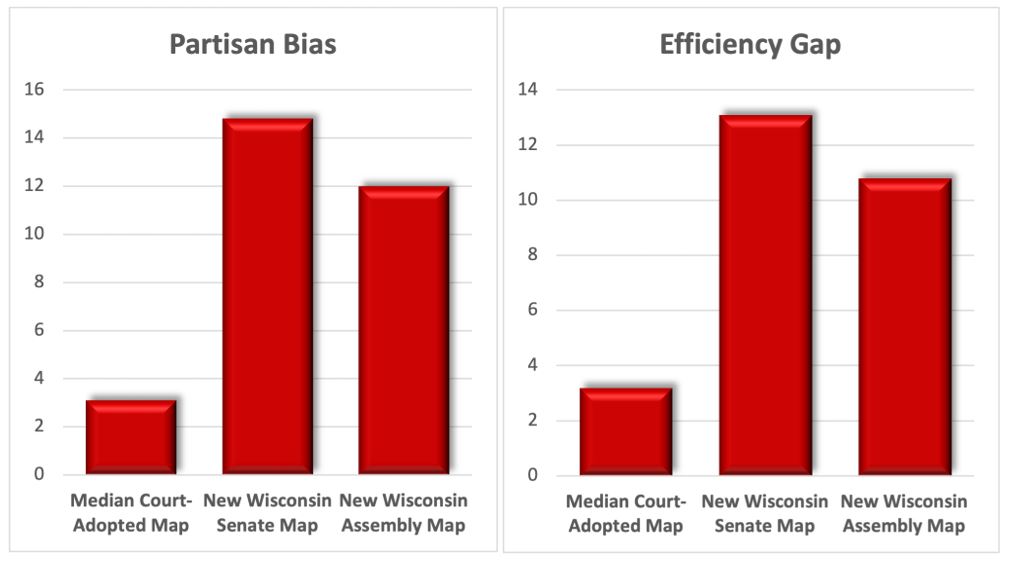 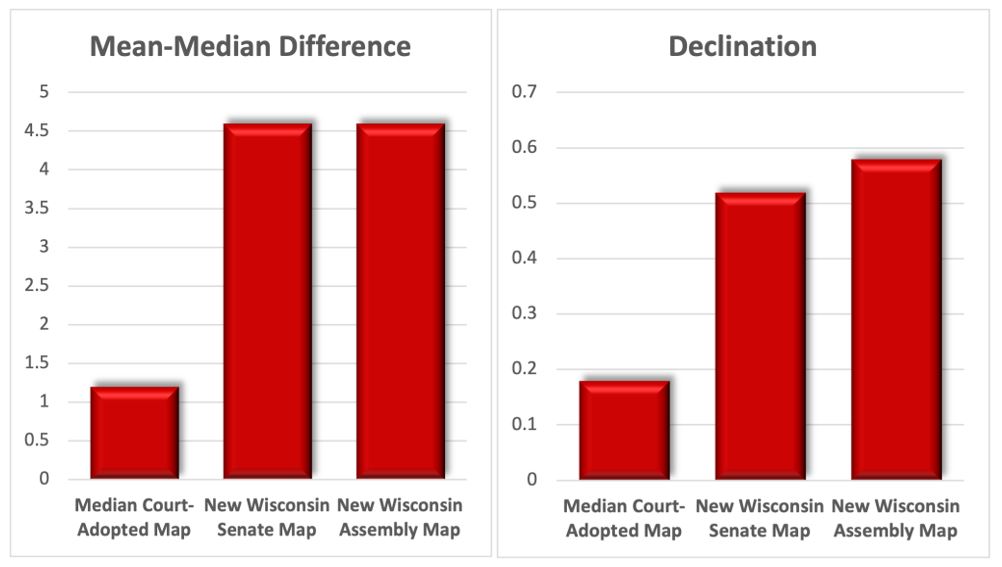 Table 2 offers partisan fairness data for each individual court-adopted state legislative map since 2000 to see how the Wisconsin Supreme Court’s new maps compare.  The chart reveals that, on all four metrics, Wisconsin’s new Senate maps have the very worst upper-house partisan equity scores, and Wisconsin’s new Assembly maps have the very worst lower-house partisan equity scores.  Most of the other court-adopted maps have quite modest partisan asymmetries—the sort that incidentally arise when applying nonpartisan redistricting criteria.  In contrast, Wisconsin’s maps have partisan asymmetry levels associated with extreme gerrymanders.  This is perhaps unsurprising given that the Wisconsin Supreme Court did not generate these maps itself using neutral principles.  Instead, the Wisconsin Supreme Court took the maps directly from Wisconsin’s legislative leaders, and the maps appear designed to perpetuate and reinforce the highly gerrymandered maps those lawmakers enacted following the 2010 census.

Partisan Bias: This metric captures how political parties can expect to translate votes into legislative seats in a tied 50-50 election. For example, the partisan bias score of 14.8 for Wisconsin’s new Senate map means that, in an election where Democratic and Republican candidates each receive 50% of the total vote statewide, Republicans can expect to win 64.8% of the seats in the Senate, while Democrats would win just 35.2% of the seats.

Efficiency Gap: This metric captures the relative efficiency with which each political party can translate votes into legislative seats.  The more that one party’s voters have been cracked and packed (the primary techniques of gerrymandering), the higher the efficiency gap.

Mean-Median Difference: This metric compares a party’s median vote share to its mean vote share across districts.  More divergence between the mean and median vote share indicates asymmetric distribution of voters that will advantage one party over the other.

Declination: This metric seeks to capture the extent to which districts appear to be designed with sensitivity to the thresholds at which races will be won or lost.  Higher declination levels reflect greater asymmetry in how the parties are treated with respect to win-loss thresholds.