The State Democracy Research Initiative Kickoff Featuring State Solicitors General on October 7, 2021 will be virtual webinar featuring four current and former State Solicitors Generals to discuss their roles and responsibilities, perspectives on state government, and interesting, non-pending cases they have dealt with in their states. Law students and interested members of the legal community will also have an opportunity to ask questions through a moderated Q&A discussion portion. Confirmed speakers include:

This free event is approved for 1 Wisconsin CLE credit. For questions about this event, please contact Allie Boldt.

Join from a PC, Mac, iPad, iPhone or Android device:

Or One tap mobile:

Or join by phone:

Dial(for higher quality, dial a number based on your current location): 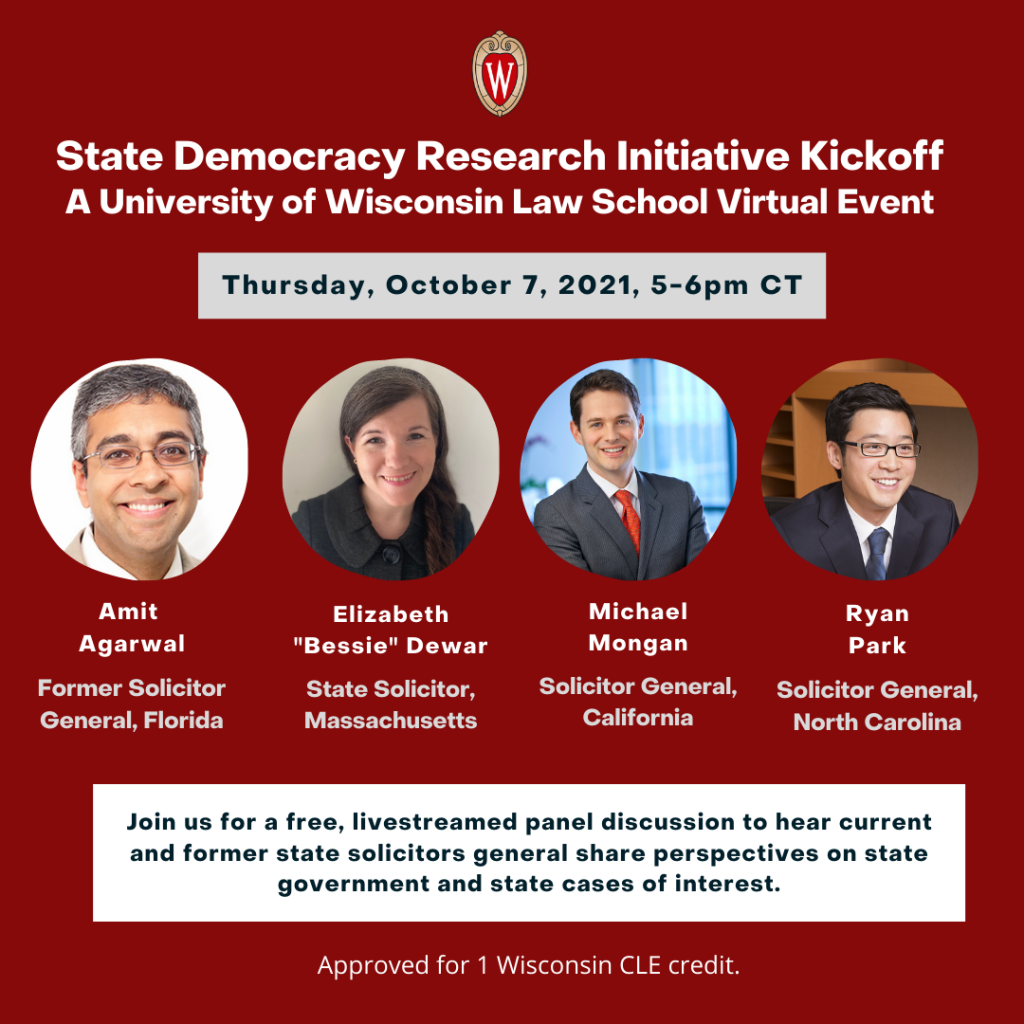